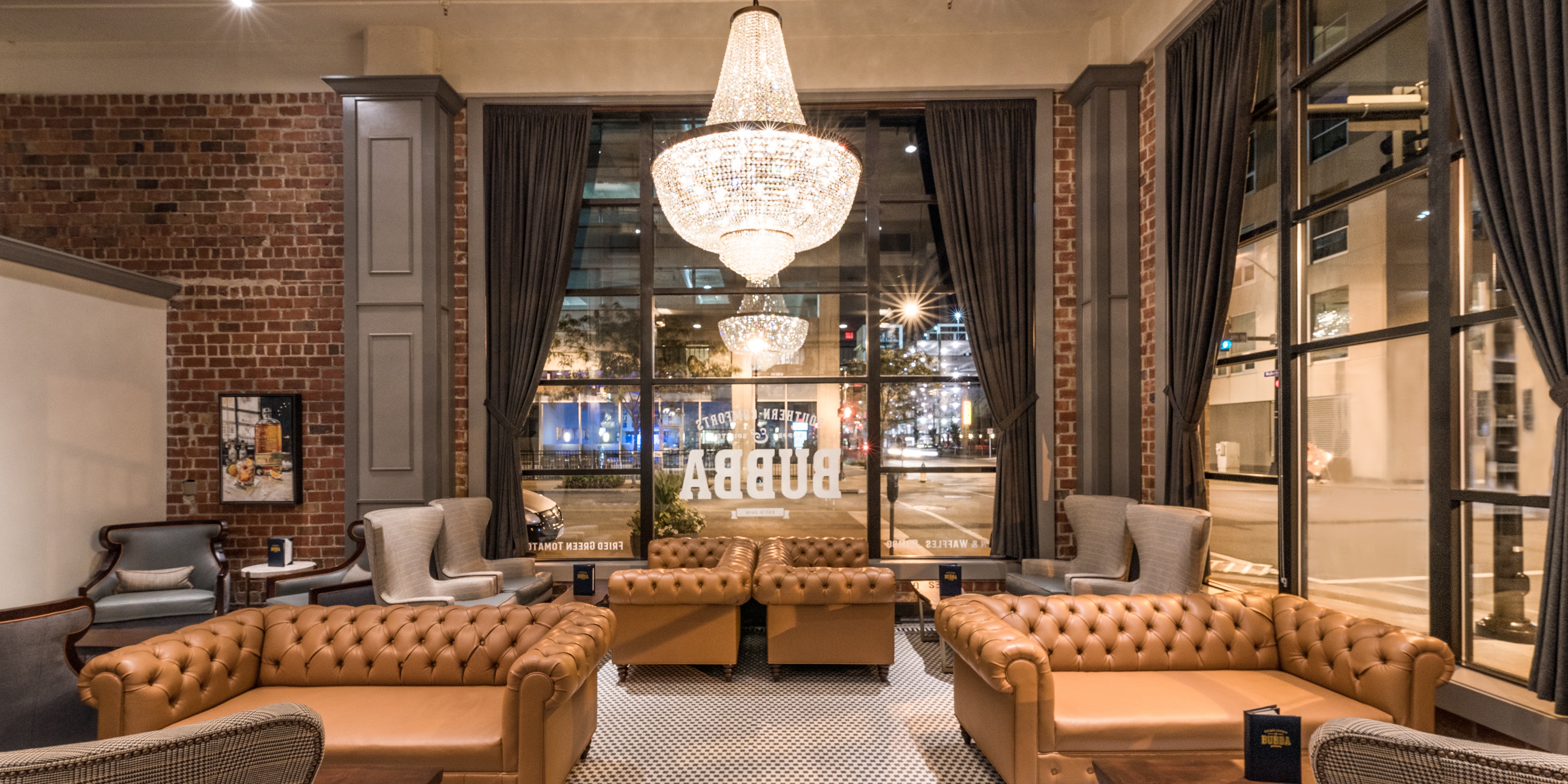 Like many independent restaurants across the country, Bubba of Des Moines, Iowa, faced challenges when the COVID-19 pandemic hit and continues to evolve its business nearly three years later. From supply chain issues to labor shortages, some of the issues persist—but with a loyal customer base and a staff with a passion for food, Bubba is making it work.

Started as a pop-up in 2013 to test the local market’s interest in Southern cuisine, Bubba’s homestyle cooking quickly resonated with customers—although the name caused some confusion.

“Where I’m from in Texas, Bubba is a term of endearment for a big brother,” said Chris Diebel, managing partner at Bubba. “That family connection is important, and this is the food I love. We saw there was space in the market to be satisfied by this concept.”

Customer interest led to the opening of a brick-and-mortar location in downtown Des Moines in 2016, where Diebel’s culinary team serves up the likes of fried chicken and BBQ meatloaf—two of the restaurant’s best sellers. Shrimp and grits and chicken-fried steak also rise to the top in popularity, along with a Southern Bread Basket featuring buttermilk biscuits and cornbread muffins mixed with a Hobart mixer.

“I think the unique twist on our meatloaf is a perfect example of farm food that is very recognizable to people in the Midwest. But when we put our little spin on it, it's just different enough that people really love it,” added Diebel.

According to Diebel, Bubba prides itself on meeting the customer where they are. They can have a casual dinner of a Kentucky Hot Brown or a burger without being concerned about the size of the check. Or for those who want to celebrate and splurge a bit, there are higher-end menu items like grilled ribeye—not to mention more than 100 bourbons to choose from and a host of craft cocktails.

It’s that versatile offering and attention to detail that set the foundation for Bubba to adapt to unforeseen challenges.

When COVID-19 shut down restaurants, Diebel and his management team made the difficult decision to lay off the entire staff, including him. Bubba had cash reserves, but those wer quickly used to pay rent on the restaurant’s 6,000-square-foot space and to settle bills with suppliers.

During the layoffs, the team applied for and received a Paycheck Protection Program (PPP) loan and immediately offered all employees their jobs back. Many gladly accepted the offer.
“When we were allowed to start serving to-go food, our kitchen staff came back first,” Diebel said. “The job provided them with a level of flexibility that they really appreciated and security in an uncertain time.”

Bubba’s customer base proved their loyalty in those early to-go days.

“The community was shockingly supportive. They didn't just come and leave 20%. Many times a day, people would leave triple what their bill was in the form of a tip. They would say that they wanted us to be here when we come through this,” according to Diebel. “I'll never forget that level of generosity. It restores faith in humanity.”

During this time, Bubba experienced the same challenges as many other independent restaurants. The supply of to-go containers and bags became an issue, making it necessary to pay a premium for product when it became available. This ate into reserves but was critical to the restaurant to staying afloat.

When Diebel and his team were allowed to open Bubba at reduced capacity, they followed stringent guidelines for social distancing. While doing so meant serving fewer customers, it was important to the staff to keep everyone safe.

“We definitely weren’t operating at our full efficiency at that rate,” Diebel said. “But being able to reopen even at a reduced capacity was just a really hopeful moment.”

Now and in the future

Today, Bubba employs between 36 and 40 staff members but, like many restaurants, needs more. With the current boom in infrastructure, Bubba is competing with the construction market for employees during the warm seasons—and facing a demand for higher wages.

“We know there's going to be some growing pains,” Diebel admitted. “For the back of the house, every time we've decided we need to hire at a higher rate we automatically give everyone the same raise. There are individuals who received three raises in a year because that's what the market demands, and we don't want to lose anybody.”

Still Diebel and the staff at Bubba remain optimistic.

He says the restaurant is doing great and they continue to look for ways to build their team. They are back in service seven days a week, after previously giving employees Mondays off for their hard work. But as they rebuild, the main goal is to make sure that the team is maintaining the guest experience and exceeding their expectations—something Diebel is confident they can do. One way he is doing that is by staffing the Bubba team with employees who excel in their areas of expertise.

“You have to surround yourself with experts and you have to be humble enough to understand that you cannot be an expert in all things yourself,” he explained. “I like teamwork and camaraderie, but I know for a fact that there are people better suited to run inventory management or to do financials. We employ staff who balance each other’s strengths and weaknesses.”

Diebel is also feeling hopeful for the independent restaurant industry in general.

“It's not over for the restaurant business. We are going to have to rebuild a workforce, and it’s going to take time. But we know independent restaurants will persevere,” said Diebel. “And the good part of it all, is that many restaurants like ours have grown closer to our core customer base in recent years, which has been a really lovely experience.”

Adding to that, Diebel sees his staff’s commitment to bringing quality food and service to those customers as a passion that will continue. Bubba has a menu that makes it unique and like many independent restaurants, the focus on feeding customers good food continues to inspire staff to keep moving forward.